Our pastor, John Russell, is a “hometown boy” and grew up right here in Morgan County. He received Jesus as his personal Lord and Savior in the summer of 1969, and was baptized two years later. In August of 1980, he surrendered his life to Christ as Lord and committed his life to Christian service.  He has been involved in the pastoral and outreach ministry since.

In 1981, John began in youth ministry at Hoosier Hills Baptist Camp/Christian Outreach under Dr. Clarence Doyle and continued there for the next four years. He entered into full-time pastoral ministry in 1984 at the Indianapolis Baptist Tabernacle, under the renowned Dr. Albert Allee. He has had the privilege to serve with an array of incredible pastors, missionaries, and evangelists such as Dr. B.M. Page, Dr. Leon Maurer, Dr. R.L. Murphy, and Dr. James Crumpton.

Dr. Russell is ordained as a pastor by the Indianapolis Baptist Tabernacle (chaired by Dr. Albert Allee & Dr. B.M. Page), Prairie Baptist Church (licensed through IFRBC), and Horizon Christian Fellowship Central (Calvary Chapel pastor). He has served as the pastor of Horizon Christian Fellowship of Morgan County since its inception. The fellowship began as a home Bible study, and moved to its current location in 2010.

Pastor Russell and his wife Catherine have been married 25 years and have three children: Caleb, Ian, and Joshua.

Dr. Russell is the Executive Director and President of the Gospel Martial Arts Union (GMAU) and

Dean of the University of Biblical Martial Arts & Sciences 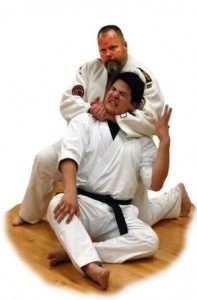 Launched more than 30 years ago, the GMAU has grown to become the largest conservative Christian martial arts organization in the world with
membership in 48 states and 36 foreign countries. The GMAU has 25 central Indiana academy locations in various churches and Christian schools. The Gospel Martial Arts Union World Headquarters is located in downtown Indianapolis. Occupying a 20,000 sq. ft. space with several training & academic rooms, two regulation boxing rings, dorm facilities, a library, and administration offices, as well as other programming space, GMAU HQ is one of the largest full-time martial arts facilities in the world.